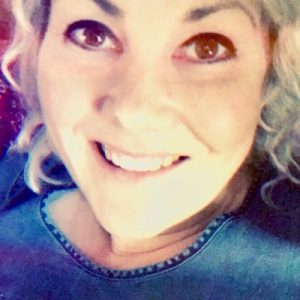 I’m impulsive. I jump in and then slowly start to have doubts about whatever it is I’ve agreed to do. It drives me mad.

SO, when I saw a tweet about CommsUnplugged sometime last year, of course, I was going! In my head, I was already there!

It was a work thing (love my work), in a field (love camping) and it was all the way down in Dorset – 180 miles away (love a road-trip).  I couldn’t think of a single reason not to go.

I can’t quite remember the content of the first post testing the water for the concept, but I remember going into work the following day and telling the team about my discovery.

I asked if anyone else fancied coming. They looked at me like I had horns – “but what if you don’t like it.  You’ll be stuck!” They were right. Enforced networking, group tasks and small talk make me feel very uncomfortable. I can’t explain why, but it’s ok, my MBTI supports this about me and I’m cool with it! (Although I know your alarm bells are sounding – pants comms person alert!)

So there you have it – the first seed of doubt planted in my mind and a picture very quickly emerging in my head… Me. I’m standing in a brightly lit, warm function room. I’m juggling my coat, my bag, a notebook, a drink and a plate of soggy finger food. I’m trying to eat it without getting any stuck to my face or on my clothes AND, make interesting conversation!

Time passed, and soon there were teaser tweets trailering the opening of ticket sales. In the time between the idea being put out there and the suggestion of tickets, we’d started to hear a bit more from the wonderful team behind the idea.  I kind of felt bound to do this now.

My ticket was ordered and I was doing this.

Fast forward to September ’17 and the countdown in sleeps was on. I was still the office guinea pig. No one else was coming, but do you know what… I didn’t care! In the time between the tickets going on sale and D-day, by the power of Twitter I’d already ‘met’ half the field!

Despite ticking time bombs in the office (metaphorical), the wheel coming off (not metaphorical… a whole other story!) and a very late departure, I was on my way.

Stepping out of my van on the Friday morning to a group of people I didn’t know would ordinarily have been, ewsh! But, as I looked around, there were other people stood alone at the doors of their tents, boiling kettles on little stoves or hanging their towels out to dry.  We were a little community of comms folk – new neighbours.

As I walked to the toilets at the back of the field, I passed faces I recognized from Twitter profiles – I decided to throw caution to the wind, leap out of my comfort zone and say hello! I’d NEVER met these people before, but the CommsUnplugged movement (because it really is a movement – it’s definitely a ‘thing’) had seen us connect virtually, meaning that we were already over the first hurdle of polite hellos. We already had an idea of our common ground and some shared stories.

There was no juggling of coats, buffet plates and notepads, just fantastic speakers in a stripped back, calm environment. No one was cwtched in a corner taking calls. No one had their nose firmly planted in their phone, conveniently avoiding conversation. Yeah, I got (awesome) potato salad on my dungarees, but there were no artificial lights to highlight my slip – just the glow of the moon and the fire pit.

So, amongst the many lessons I learnt during those 36 hours in a field, the stand out one for me was this… The only barrier between loving the idea and living the idea is you!

I’m so proud of me! I decided to go on my road-trip regardless of the doubts I’d started to have and even when the wheel came off (!), I still went.

Sadly, I don’t have any pictures of this fabulous experience. We were unplugged and, I can honestly say that I didn’t give my phone a second thought the whole time.

I suppose the irony of what can only be described as a cowin’ lush non-tech event, is that many of us continue to be connected by Twitter and WhatsApp, with the odd photo shared here and there when mini reunions occur at training or ‘traditional’ (because CommsUnplugged is definitely alternative) conferences up and down the country.

Are you toying with the idea of becoming an Unplugger? Give it a go! If you want to go, but no one else does – that’s cool – be a trailblazer! Look me up on Twitter (@emnorthcote) and I’ll be your welcome party – we’ll gather others and we’ll have a blast. Go on.

Em Northcote is Head of Corporate Communications at Dyfed Powys Police. The steering wheel came off her camper van as she set off on her journey to the Dorset field but she got it fixed and came along anyway. We love her. #teamunplugged