– Give yourself the time – reflections from the Scottish taster – 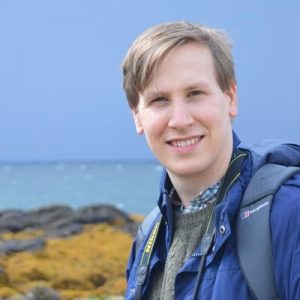 To misquote Bilbo Baggins, one afternoon is too short a time to spend in such excellent company.

I’d followed Comms Unplugged on Twitter for a while, had read a few blogs, listened to the podcast and engaged with a few unpluggers online, but was Comms Unplugged for me? It did appeal from the start – I actually quite like going on holiday to places with no phone reception or wi-fi, I love the outdoors and I like meeting other comms professionals – but wasn’t this for high powered comms bods who are bombarded with media enquiries, FOI requests, have thousands of emails to action every day and who sleep with the work mobile under their pillow?

But, then I saw an opportunity to test my theory – a Scottish taster session was being held at Loch Lomond & the Trossachs national park. This was the perfect chance to dip my toe and see if conscious unplugging was for me.

What I found was a lovely, welcoming group of people, with a similar mindset, an appreciation of the outdoors, a desire to learn from each other and a willingness to experiment with unplugging.

By spending time in each other’s company, and going for a rather damp walk along the banks of Loch Lomond, it was clear that even for someone who doesn’t have a stereotypical stressful comms job, a bit of time spent away from the office was beneficial. Inserting some distance between me and my desk gave a fresh perspective, one in which to reflect. I’ve noticed that I have my best ideas when I’m not sat in front of my keyboard – when I’m making a cup of tea, at the hand drier, staring out the window while I’m waiting for my printing to finish… but Loch Lomond provided a more aesthetic setting for a bit of daydreaming, despite the weather and the midges.

It was clear that whatever level we’re at, we all face similar struggles or have experienced them over the course of our comms careers, and if we talk to each other, we can help each other. It’s great to feel supported and to bounce ideas around, and the act of talking to a fellow human being who can empathise and who knows where you’re coming from is beneficial in itself.

I came away from the taster session with a spring in my step and my mind buzzing with ideas. So much so, that when I woke at 3am, I couldn’t get back to sleep, and with the dawn chorus kicking off, rather than staying where I was, I decided to get up and make the most of it. By making a decision to take notice, I turned the slightly annoying insomnia into a memorable moment. I also realised that we have a lot more bats living around the house than I previously thought, which gave me an early morning boost. While I made a pot of coffee and gave the cats an early morning wake-up call, I jotted down some thoughts from the taster session.

One of the things that was stuck in my head that morning was a comment from Comms Unplugged co-founder Sally, who said: “Don’t take back the time. You have the time – give it to yourself”. And through the post-sleep fog, a distant bell rang. Seamus Heaney’s life-affirming and inspirational poem Postscript instructs the reader to “some time, make the time to drive out west, into County Clare along the Flaggy Shore,” beautifully describing the landscape and its wildness, and finishing with a sentence that always leaves me awestruck and with a tingle in the spine – have a listen to the man himself reading it to get the full effect.

That was it – getting away from your desk is one thing, but making the time to get outside, feeling the rain on your face and the squelch of mud beneath your feet, transports you to a different headspace – one in which the possibility of popping back to your desk to check your emails doesn’t exist. And if it doesn’t exist, you can turn your attention to something else. Make a connection with a like-minded human, discuss the bigger things and get your bearings, better to navigate your next steps.

Reflecting on the experience, the ideas it’s sparked and the people I’ve met, I’ve realised Comms Unplugged is for me, and I’ll certainly be making the time to attend this September – see you in the field!

Joe Crossland is Communications Officer at the Glasgow Centre for Population Health, an RSPB volunteer and founder of Glasgow Comms Club. He attended the first ever Scottish Comms Unplugged taster session run by Anna Maclean and Joanne Ford in May 2019. Say hello to him on Twitter: @foggiebee.